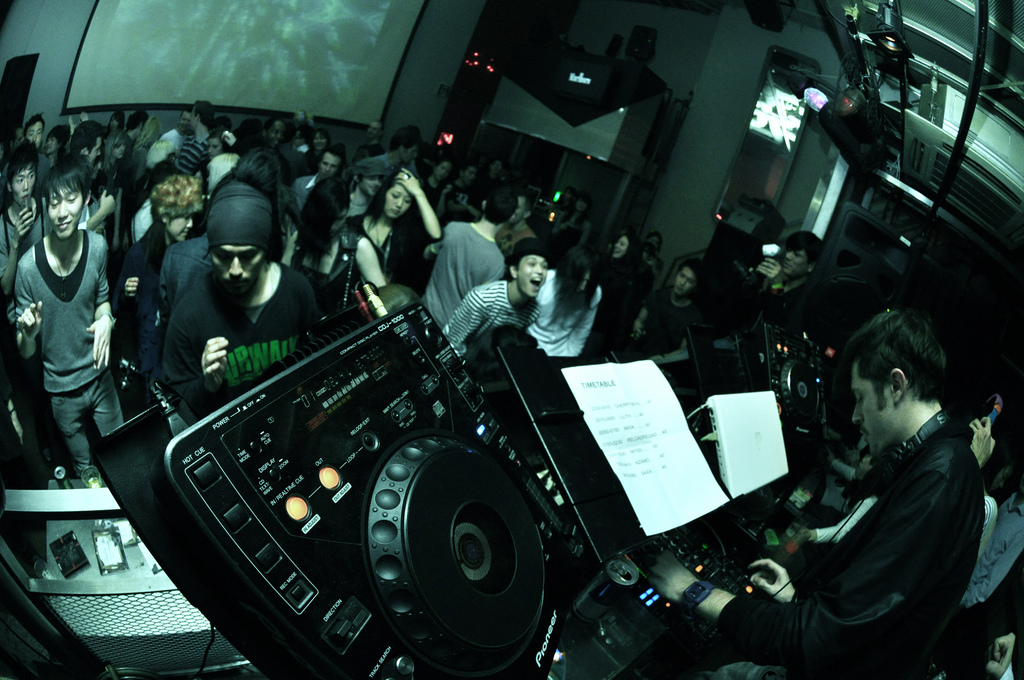 Opinion piece originally published in the EUobserver on 30.11.11.

But under what one Brussels wag recently called the EU’s ‘techno-party’ strategy – replacing elected representatives with technocrats and an end to consideration of fiscal policies by parliaments in favour of fiat by civil-servant ‘experts’ – nobody has any choice any more about what kind of music they want to listen to.

Economic policies will be decided for them, by the experts, by, if you will, those bangin’ bureaucrat and banker DJs in Brussels and Frankfurt.

Fiscal policy, like monetary policy, is simply too important for it to be ‘politicised’, the argument goes. The eurozone cataclysm is so serious that we no longer have time for “political games”, as European Commission President Jose Manuel Barroso put it last Monday (21 November), speaking alongside Greece’s new unelected leader, ex-European-Central-Bank (ECB) man Lucas Papademos. END_OF_DOCUMENT_TOKEN_TO_BE_REPLACED

Analysis originally published in the EUobserver 13.12.10

But if what needs to happen cannot happen, what does Lord Skidelsky, a 71-year-old economic historian who has been witness to the full fifty years of European integration, think will?

“I don’t think immediately, but the most likely outcome is that some countries will have to devalue, which means leaving the eurozone. Germany’s domestic policy doesn’t allow any other option.” 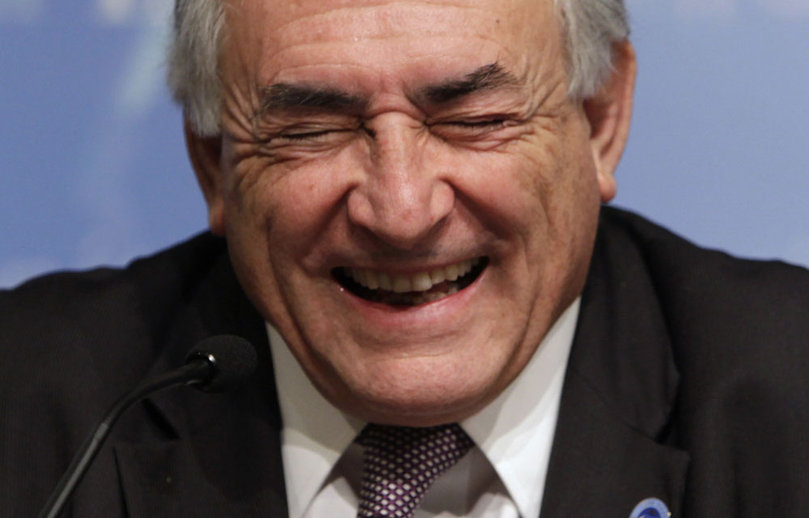 Analysis originally published in the EUobserver 13.12.10.

So how do we get out of this mess?

It’s relatively simple, really. All that has to happen is a rebalancing of competitiveness between the core and the periphery.

“Of course much of the responsibility lies with Germany, doesn’t it?” continues Lord Skidelsky. “The euro was constructed in a way that benefited an export-led economy like Germany, but not everyone else. They have repressed wages to create room for exports, which then chokes off growth paths for other eurozone countries, who can’t readily increase their exports to Germany.”

The short version is that Germany must be forced to sharply boost its wages and inject stimulus: “Domestic demand in Germany should be expanded,” he concludes. END_OF_DOCUMENT_TOKEN_TO_BE_REPLACED

Analysis originally appeared in the EUobserver 10.12.10.

But how did we get into this mess in the first place?

In the 1990s during the run-up to the single currency and throughout the 2000s, all European countries battened down wage demands and loosened the regulations on companies (or, to use the jargon you often hear on the news without really knowing what it means: ‘They liberalised their labour markets’), but it was Germany that won the mad dash to the bottom. The steroids that Berlin had access to that no one else did to the same extent were the aforementioned discipline of labour enabled by the cheap-as-chalk ex-GDR and the rest of the east.

This drastically heightened Germany’s competitive advantage as labour costs per unit – how much it takes to make a given widget – in the periphery of the eurozone outstripped those in the core. This also freed up more spondoolees for German capital to upgrade its products, making sexy German machines that much sexier. END_OF_DOCUMENT_TOKEN_TO_BE_REPLACED

Analysis originally appeared in the EUobserver 09.12.10.

There was a cheeky cartoon that made the Facebook and Twitter rounds a few days ago, posted by one of the Financial Times’ Alphaville bloggers. It went ‘viral,’ as the social-media consultants think the kids say. Bearing the title “Introducing Greater Germany,” it featured a map of Europe with all the German bits coloured blue.

The entire eurozone was blue.

If you passed over the map with your mouse, a caption popped up: “The area formerly known as the eurozone.”

Perhaps the author was taking a light jab at the good doctor of Berlin’s diagnosis and her decidedly uncomfortable austerity enemas prescribed to the entire euro area, or suggesting that through the EU’s bundesbank-inspired economic strictures, Germany, finally, in its third try at it, had managed to rule most of Europe. END_OF_DOCUMENT_TOKEN_TO_BE_REPLACED

Pacific islanders never actually threw virgins into volcanoes to appease angry gods; it was only ever a TV trope of bad American sketch comedy and Saturday-morning cartoons. But you remember how it worked? However many damsels were chucked in to the fiery pit, the lava would keep flowing, yet the only lesson those silly actors in their semi-racist Tiki-Lounge outfits and drinks in bamboo glasses with paper umbrellas learnt was that not enough ladies had been lobbed in.

Despite the certainly apocryphal nature of such behaviour in the South Pacific, European leaders seem intent on embracing the model. Indeed, I am half convinced that the European Commission has some super-secret-squirrel committee of experts locked in a room somewhere studying Joe vs the Volcano and re-runs of Gilligan’s Island to learn exactly how it’s done.

But it’s not vestal maidens (or, in the case of Joe vs the Volcano, Tom Hanks) that Berlusconi, Sarkozy and company are pitching into the magma; it’s public services, it’s decent wages; it’s democracy. And if one, two, three rounds of austerity are not enough, well, we need a fourth and a fifth! They just keep pitching more austerity packages into the rumbling crater. END_OF_DOCUMENT_TOKEN_TO_BE_REPLACED

She has a painting of her you did when you were six framed in the kitchen, and however old you may be now, she still keeps Mars bar ice creams in the bottom freezer-bit of her little fridge for when you pop over. And the baby-blue and lemon-yellow Marks & Spencer’s golf shirt with three sailboats on the pocket that she sent you in the post last year for your birthday is now just quaint and endearing instead of the mortifying sartorial disaster similar gifts had been when you were thirteen (mainly because now as you live in your own flat, your mum can’t force you to wear it in public).

‘It’s terrible! Did you hear? Romanian gypsies are eating our donkeys! I tell you, ever since we joined the common market, waffle, waffle, nativist ignorant waffle, Churchill would never have waffle, waffle…’ But you’re only there for the weekend, so you zone out from most of it or politely disagree, but you try not to make too much of a fuss.  END_OF_DOCUMENT_TOKEN_TO_BE_REPLACED

From the nigh-on identical, panicked headlines that raced around the world on 29 September, the day of the pan-European day of action organised by the European Trades Union Congress, you would have thought that the entire continent was aflame with civil unrest, furious at the measures introduced by our governments – a sacrifice of the public sector, labour rights, social benefits, hurled into the volcano to slake the anger of the markets.

Perhaps there was a glint of something to it. Only weeks later, France would be paralysed by strikes and refinery blockades that left the country days away from running entirely out of petrol. Those clichéd, magic four integers, 1968, tumbled trembling once more from the lips of commentators and politicos. Greece, on the surface, appears to be tearing itself apart. One report in September from that most sober of news wires, Reuters, quoted a German economist from the Munich-based Ifo Institute for Economic Research, warning how ‘political fatigue with austerity policies typically sets in in the second year and could yet push Greece to default or the brink of civil war’.  END_OF_DOCUMENT_TOKEN_TO_BE_REPLACED